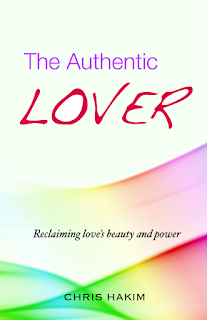 "We are in a real mess, yet we believe in love, and hold it to be so valuable as to accept the risk of failure..."

The Authentic Lover: Reclaiming love's beauty and power by Chris Hakim is a book of hope and an asset to those who have a particular interest in renewing their personal commitment to achieving a higher level of consciousness in their quest for a spiritual connection beyond the norm. I was quite intrigued by the ideas in this work on love because the author touched on so many of the things that can help to change the low level vibration of dysfunctional love that so many people dwell in relationships they claim to hold so dear.

1. Who is your audience for the Authentic Lover?
I tried to address everyone who wonders why sexual and marital relationships, on the main, don’t work. A psychologist pointed to me that this book would most appeal to middle-aged people, who have already been a bit beaten up by life. She felt that young people were too “hormone driven” to even care. Perhaps “spiritual” people would resonate more with the idea of obstacles and what lies behind them.

2. Are you suggesting that a whole new religion be developed based on conquering the 4 Great enemies? If so, what would be the framework for that possibility? If not, why not?
There are so many cults, movements, and religions already. It would be much preferable if people could rediscover and appreciate their own spiritual or religious background, or if they don’t have one, join something which they find to be authentic. What I present as four enemies is a roadmap that can help people take stock of their situation, and simple practices to try and loosen the grip of the enemies. The use of quotes from multiple traditions serves to show that love is not the exclusive province of any.

3. In the Pettiness and Grace chapter you end the chapter with many quotes from the European courts of love, how would you suggest readers view this information other than just a history lesson?
The ethics of courtly love, as discussed (exclusivity, but not quite monogamy; sincerity; respect; etc.) seem to map almost one for one as remedies to the obstacles described just before. But there is a caveat, which is that such ethics are not just pat rules to follow. On the contrary, they require effort as well as accepting that love entails some amount of discomfort. This seems to also connect with the Buddhist practice of tonglen, also described in Part Two of the book.

4. In the Vanity and Charm chapter, I found myself more intrigued by the numerous quotes that you included, and I noticed that you offered very little of your own thoughts in between the quotes, was this intentional? If so, why? If not, what is the major point you want your readers to take from this chapter?
Some of the topics touched upon are sensitive and controversial. The idea of sexual attractiveness is rarely treated in an upfront way, let alone the idea that both men and women face the exact same problem, but with different criteria. For this reason, I tried to remain as rooted as I could in fact and in accepted wisdom, and presented as little as possible as personal opinion. Once we see that sexual competition is nothing but toxic, the rest of the argument follows logically. I also wanted to clarify what tantrism is and isn’t, because there is so much misinformation on the topic.

5. In the final chapter of Mystery, you offer some profound solutions to the problems of love and again there are numerous quotes from Rumi in particular, would you suggest that the reader also take up a study of Rumi if they are going to try applying The Authentic Lover to their lives? Why or why not?
The first three qualities (gentleness, etc.) require work, but mystery happens by not doing. Few have been as eloquent as Rumi about the mystery of love. While he is known in America for his “poems,” he wasn’t a poet at all, but an extraordinary mystic and lover. He didn’t write books. His sayings were written by his disciples as he spoke. Rumi would probably say to leave books alone and let life be your teacher. I would say that readers should feel free to expand in any direction they see fit, including taking up the study and practice of Sufism, if they wish.

6. I was looking for the way of life mentioned in the introduction, but I didn’t find it. If you were to give the reader a vision of living as an Authentic Lover, what would it look like?

One really can’t be too specific, because each person has different aspirations, faces different challenges, and may resonate with a different approach. This being said, I would like to see people gather in small groups of friends, much like the ahal described in Part Three, as an alternative to conventional dating. If romance weren’t so divorced from friendship and community, a lot of problems would go away. Another promising avenue is Tamera, an intentional community in Portugal with a worldwide following, whose stated purpose is the healing of love. Good for them.

I can't say that I agree with all of the insights brought forth in The Authentic Lover, however, most of what the author brings forth will have you thinking on a deeper level about how you are operating in your personal relationships. I must also admit I stopped reading some of the elongated quotes because there were quite a few of them throughout the book, but this does not overshadow any of the nurturing points that will intensify your true desire to change your relationships and become an "Authentic Lover". I received a free copy of this book via my book review site for a honest review. Not many books fall into my 5 ankhs category but the innovation of the compilation of The Authentic Lover is masterful.

I love to read and review books on wellness and spiritual health. I have found that as a naturopath, teacher, spiritual adviser and writer t... 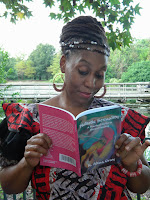